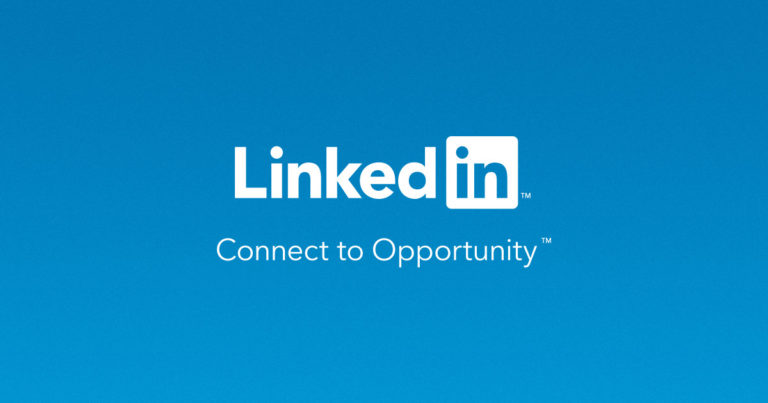 LinkedIn recently published a new ‘dwell time’ metric that would affect its feed algorithm. Simply, LinkedIn decided to consider dwell time when ranking content on the LinkedIn feed. It may seem like a simple update, but this specific factor would completely change LinkedIn, especially for ‘broetry’.

What is Dwell Time?

Dwell time is simply the amount of time a user spends looking or reading at a link or update. LinkedIn mentioned two types of dwell time.

LinkedIn will start measuring the dwell time when half of the feed update is already visible. When a user is scrolling through their feed and they stayed on a specific link or post for a few seconds, the dwell time will be calculated.

LinkedIn will also calculate the time the user spent on the content right after they click on a feed or update.

If you are still new in LinkedIn, broetry is a type of post or update full of text with spaces between every line. Basically, the goal is to spread the text for as long as possible. Most of the time, these updates are boring, non-sense or they don’t provide value to users.

Why did LinkedIn Change their Feed Algorithm?

LinkedIn has been looking for ways to provide quality content for its users. Broetry changed the game when it was first used to get more engagements. A lot of people followed suit and a lot of them decided to do the same.

Broetry is just one of the reasons. LinkedIn wanted to improve its feed algorithm. They made a range of tests to know if dwell time would indicate user interest. After a series of tests, they found out that dwell time can indicate the interest of a user to a certain post or update. 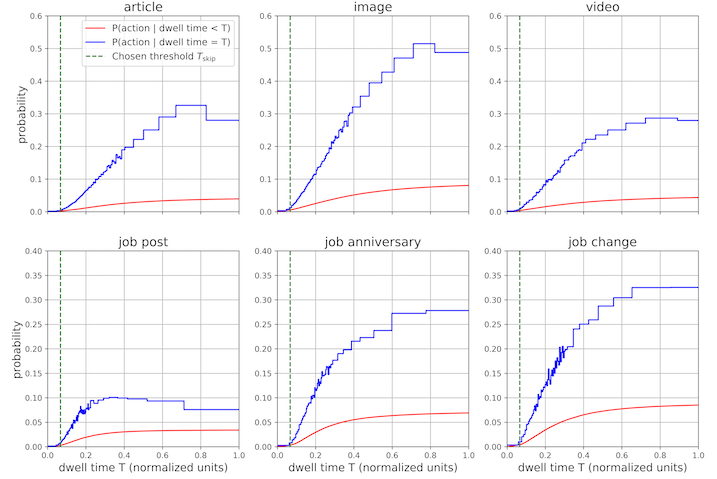 Honestly, using dwell time is a big move for LinkedIn, but it is something that they should have done long ago. Facebook has been using a similar consideration to its feed algorithm. The users won’t spend so much time reading something if they are not interested in a post or update.

If you are using LinkedIn, don’t bother trying boetry and you should find ways to capture the attention of the users and keep them on your post or update for as long as possible.

Broetry can lure clicks because the text is widely spread and you can only see a few lines in the preview. If you want to view the whole thing, you have to click on “See More” to know what the post is about. Here is an example from Ryan Mac, a Senior Technology Report at BuzzFeed News. 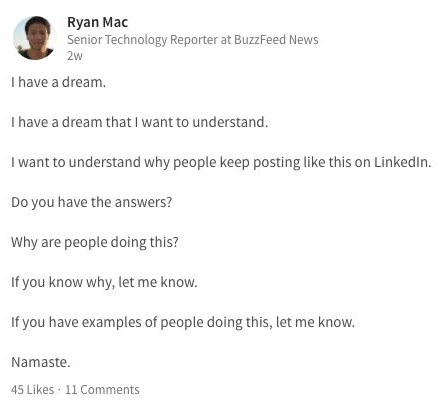 That simple click has been a key factor for algorithm reach and it is more like a trick to the system. Clicks, reactions, shares, and comments are key factors that the LinkedIn system consider to determine what the users will see so broetry is an amazing tactic to amass engagements

Since LinkedIn decided to put “dwell time” on the algorithm, it can reduce the value of these clicks and focus more on dwell time.

If you are not yet informed, LinkedIn CEO Jeff Weiner already announced that he would step down from his post and his replacement, Ryan Roslansky is not a fan of broetry posts.

In the future, you can expect that most of the updates would be focused on bringing the value of broetry posts down.